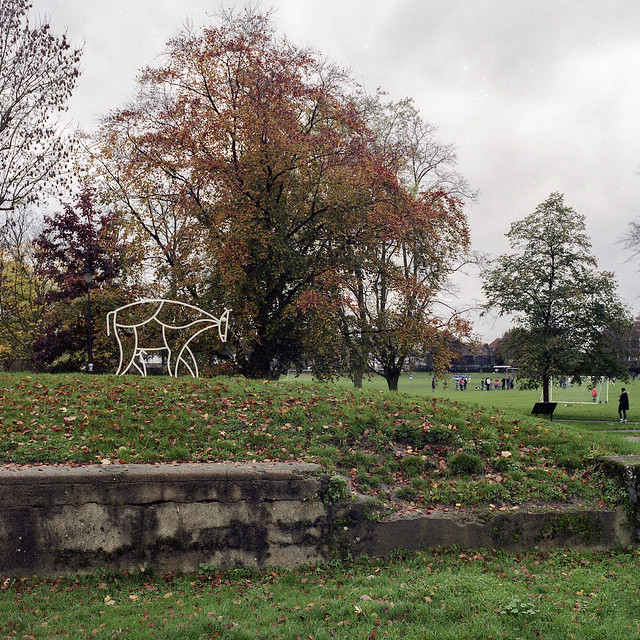 “Raviji, where does music come from?”
“Thanks to the grace of my Guru, the power of his music has come through him to me.”

When I was doing my Art foundation in Leamington I remember another student making this series of photographs, portraits of people with selloptape over their faces, pulling their noses and generally distorting their features. They were starkly lit with a flash and taken against a plain background or wall. Everyone thought they were great, even the tutors, top of the class, and they were held up by the tutors as an example of the sort of thing we should all be doing.

Maybe a year later I was at art school in Sheffield and flicking through a Gillian Wearing monograph in the library at Psalter Lane and I saw exactly the same thing! A series of head shots of people with selloptape over their faces pulling their noses and generally distorting their features. These were stills from her video Confess All On Video. Don’t Worry You Will Be in Disguise. Intrigued? Call Gillian. I felt confused and cheated. This chap had got all this credit for this piece of work and all he’d done is copy what he’d seen in a book.

I really like Markfield Park. It’s a peaceful spot next to the River Lea. There’s a large playing field and next to this is the site of the former sewage treatment works for Tottenham including the Markfield Beam Engine.

Bull was a gift to the Friends of Marketfield Park from the sculptor Jack Gardner. It sits on top of one of the now grass covered concrete walls from the former sewage works. It’s a great spot and he looks pretty at home in the park, watching the world go by. The design is taken straight from a Picasso print, with the lines softened a bit and a more perky pair of ears on top. Sometimes the grass, if left to grow long around him, covers up his legs and penis.

I struggle with this one. It’s a bit like being given a framed print of Picasso’s Dove of Peace from John Lewis and putting it up in your house. But maybe there’s nothing wrong with that.

* Quote from Philip Glass – Words Without Music: A Memoir